What is the difference between DLT and blockchain? 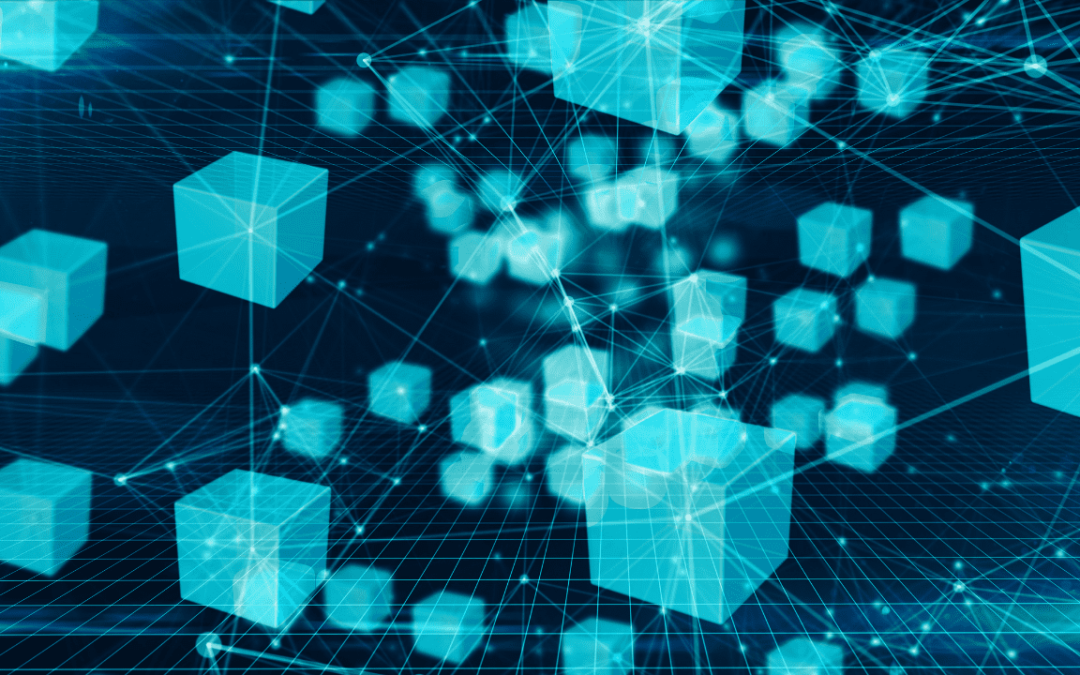 The terms “DLT” and “blockchain” are often used interchangeably, but there are in fact important distinctions between the two.

Blockchain is one of the most talked-about trends in technology over the last decade. Although most talk around blockchain is about its use for cryptocurrency trading platforms, the applications of the technology for data sharing and other purposes are steadily becoming talked about more and more.

The term “blockchain” is often used as shorthand to refer to any type of Distributed Ledger Technology, or DLT. While blockchain is the most well-known form of DLT, there are important distinctions between the two terms that make it inaccurate to use them interchangeably.

DLT—or Distributed Ledger Technology—is an umbrella term used to describe technologies which store, distribute, and facilitate the exchange of value between users, either privately or publicly. DLT encompasses any data that is decentralised and governed by consensus. Decentralised digital ledgers of data would come under the DLT umbrella regardless of the specific technology used to power them, whereas traditional SOR (System of Record) databases maintained solely by administrators would not. 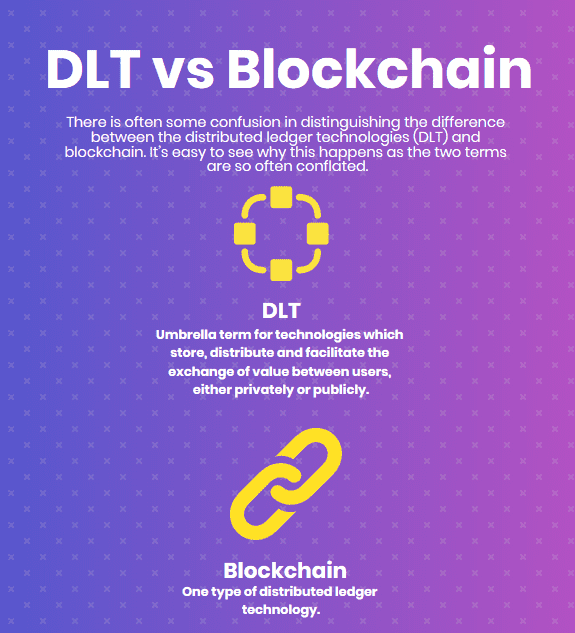 Blockchain is one specific type of DLT, and although it was the first fully functional DLT, it is not the only one. Blockchain involves blocks of encrypted data, each of which is “connected” to the previous block in the chain. Because each new block includes the hash (a specific value) of the previous block as well as its own hash, the data in old blocks cannot be changed. This makes data immutable and decentralised.

Blockchain is the core technology that powers bitcoin and various other cryptocurrencies. Blockchain-based data registers are also becoming increasingly used for secure data sharing in a variety of sectors.

What other types of DLT are there?

More and more types of DLT have appeared over recent years, such as Holochain, Hashgraph, and DAG (or Directed Acrylic Graphs). The SICCAR platform is based on DAG, as this DLT is more scalable, sustainable, and appropriate for a varied range of uses than blockchain and similar DLTs are.

All DLTs have particular applications that they are most suited to. While blockchain excels at simple financial transactions, DAG is typically preferable for more complex use cases. The SICCAR platform was designed to enable highly reliable enterprise data sharing between organisations, and DAG is the ideal technology for this.

SICCAR has helped public and private organisations of varying scales to share data more safely, securely, and efficiently with partners and other external organisations. To be the first to try out the upcoming new version of SICCAR, why not join our Early Adopters’ Community?