Realising the value of volunteers 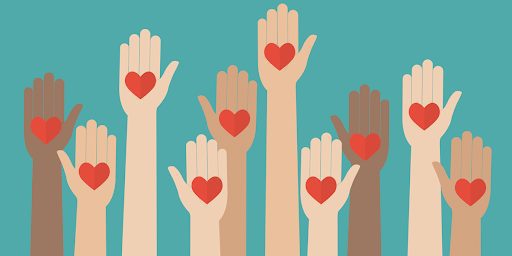 In March 2020 the health secretary, Matt Hancock, announced a scheme to recruit 250,000 volunteers to support people who were unable to leave their homes during the coronavirus pandemic. The intention was that these volunteers would help the NHS and local services by delivering shopping and medicines to vulnerable people.

His appeal was successful—three quarters of a million people responded within a few days. On the face of it, a remarkable response. Subsequently there was very little coverage as to how many of these people were actually deployed, or the social value they provided. Pre-pandemic, around 20 million people (22% of the adult population) volunteered regularly. Hancock managed to increase these numbers, had they all been deployed, by 3.75%.

In an increasingly data-driven world it seems remarkable that there is no national digital infrastructure to streamline the interactions between the state and the voluntary sector. There are tens of thousands of voluntary organisations across the UK, large and small, that are addressing some of the most pressing issues we face as a society; reducing delayed discharges from hospital; supporting people with mental health issues; and helping to reduce reoffence of convicted criminals.

As we emerge from the pandemic we’ll need to get smarter about how we deliver services to the vulnerable. One thing which is strongly emerging is that local authorities and the NHS are keen to use social prescribing more and to be more efficient in their referrals.

CAST has been part of the Ministry of Housing, Communities and Local Government funded programme looking at referrals in social care. One significant issue to helping the Open Referral standard to take off in the UK is helping charities and other voluntary groups to publish data about the services they offer in the Open Referral standard. Through Catalyst and The National Lottery Community Fund COVID-19 Digital Response programme, SICCAR has been selected to help deliver an Alpha of a product to help charities to implement the data standard.

What problems are associated with referrals?

There are two major problems associated with referrals. The first is concerned with understanding which organisations are able to accept a referral. Local government and charities often have internal databases and spreadsheets about organisations to which a referral can be made. These are expensive to maintain, involve data duplication, and are inevitably inaccurate. They lead to inefficiencies and sometimes serious inaccuracies, for example citizens being referred to organisations who no longer provide the relevant service.

Referrals tend to be made by phone or e-mail, so there is no audit trail or measure of the number of referrals being made. SICCAR is using a modern, digital form of long-established registers to provide a single, canonical, version of the truth that can be easily maintained by individual voluntary organisations. These registers are implemented following the Open Referral standard.

The second problem is more complex: data sharing between organisations who look after individuals with complex needs. The NHS and Councils have legitimate concerns about citizens’ data privacy and conforming to GDPR legislation. But this is exacerbated by these organisations inhabiting different legal and IT domains compared to their caring cousins in the voluntary sector. Can they trust that the data is held securely and used only as agreed?

The result are referrals being made without voluntary organisations having all the relevant information to provide the service, or even the option of accepting or rejecting a referral based on a sub-set of that information. SICCAR offers a solution and we have developed a service design blueprint based on the use case of reducing delayed discharge from hospital of elderly patients suffering malnutrition by seamlessly referring them to Food Train.

Referrals to and between the voluntary sector is what oils the wheels of social value.

Our mission is to use our modern digital technology to provide 21st Century registers that realise social value.

Please leave your details to continue the conversation with Rab. 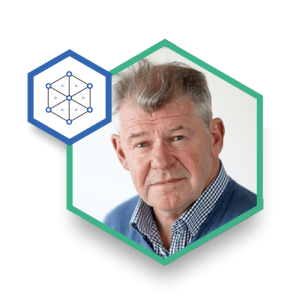 Rab is an experienced business leader and was the founding Chairperson of SICCAR. Prior to that he was involved in establishing CodeClan, Scotland’s award winning Digital Skills Academy. This followed a lengthy career with ICL, the University of Zimbabwe, Logica and CGI in a wide variety of operational, consultancy and sales roles. He ran a project in 2020 looking at ways of better involving the third sector to reduce delayed discharges from hospital. This project led directly to Siccar’s current project, with CAST, looking at the opportunity to increase social value by implementing open referral standards. Rab is energetic, enthusiastic and an out-and-out team player.